San Jose, Costa Rica – September 18, 2015 – Waiting weeks for online poker payouts in the United States is a thing of the past, at least as far as Americas Cardroom players are concerned. The online poker site that has consistently scored top marks for payout processing over the last few years is continuing to impress players with lightning-fast payouts. Several winners from last weekend’s Million Dollar Sunday have already received their cashout requests thanks to the online poker site’s commitment to paying players fast.
“We’re committed to getting every single dollar requested into the hands of our Million Dollar Sunday winners as fast as possible,” said Americas Cardroom spokesperson Michael Harris. “We know that many players are choosing to keep their funds online for the next four Million Dollar Sundays in October, but those who are requesting a cashout will be pleased to know that we’ll be earning our A rating this month with the fastest payouts in the industry.” The Million Dollar Sunday is Americas Cardroom’s signature $1 million guaranteed poker tournament. The last event took place on Sunday, September 13th, and this October, Americas Cardroom will host a Million Dollar Sunday each and every weekend. The fast payout speed is welcome news for those thinking about playing in any of the next four Million Dollar Sunday tournaments.
While not all final table players have requested payouts as of publication time, several players initiated withdrawals within hours of completion of the Million Dollar Sunday. Americas Cardoom has already begun to process withdrawals via a number of payment methods and players are already starting to receive their money.
So far, players have opted to request their winnings through bank wire, Neteller, and Skrill. Bank wires typically take anywhere from 3 days to a few weeks to arrive, depending on the size of the wire being requested and the location of the receiving bank. While Neteller and Skrill withdrawals are quick, requests must be made in smaller increments due to restrictions by the two eWallets.
For those players who want to get their hands on their money fast, Bitcoin has quickly become the most popular choice. Americas Cardroom is the only US-facing online poker site that lets players withdraw and deposit using Bitcoin. The cryptocurrency is safe, secure, and anonymous, making it a favorite among the poker community. What’s more, withdrawals often arrive in a matter of hours, not days.
Americas Cardroom is offering Million Dollar Sunday final table winners one free bank wire, so no fees are incurred. In addition to wires, eWallets and Bitcoin, players can also take advantage of other withdrawal methods including prepaid bank cards, checks, and money transfer for pick-up. More information on the Million Dollar Sundays and all available payment methods, can be found at AmericasCardroom.eu.

SIGN UP NOW!!! Poker Pod Radio is hosting a Super Satellite tournament that guarantees 10 seats to the $10+1 Super Satellites, which then guarantees 15 qualifiers to compete in 50-Seat Mega Sat direct satellite on Sept 12, 2015 at 12 noon EST. The winner is entered into the Million Dollar Sunday. Visit our link below, sign up, look for us in the lobby as PPR-10 Seat Million Dollar Super Sat.. Password is PokerPod
Click here

Amaya Inc. (TSX: AYA, NASDAQ: AYA) (“Amaya” or the “Corporation”) today announced that it has acquired Victiv (http://www.victiv.com), an Austin, Texas based daily fantasy sports (“DFS”) site that offers players the opportunity to build a roster of their favorite sports stars and compete for the chance to win real money.

The current Victiv team will manage the DFS business, which will be rebranded StarsDraft and will be initially launched at StarsDraft.com in select U.S. markets and later through the PokerStars platform. Victiv has received considerable attention among daily fantasy players for its user-friendly and innovative software for fantasy sports enthusiasts.

“StarsDraft (http://www.StarsDraft.com ) will combine Victiv’s innovative platform and experienced DFS team with Amaya’s expansive consumer base and operational excellence as the world’s preeminent online gaming brand,” said Matthew Primeaux, CEO of Victiv. “We intend to capitalize on what we believe is strong crossover between online poker players and daily fantasy sports. PokerStars is the most-trusted brand in online gaming and brings unmatched security, customer support and technical infrastructure that we believe all players can rely on.”

StarsDraft.com will feature the innovative Victiv software that Amaya believes has made the site increasingly popular since its launch last September, particularly among players who are new to the game. In particular, the Bankroll Builder feature allows new players the chance to learn the game in a risk-free environment. Joining free-to-enter contests new players have a chance to display their sports knowledge and win cash without having to deposit.

A man admitted Thursday that he brought millions of dollars in counterfeit poker chips to use in a casino’s poker tournament, a scheme that was uncovered when he clogged a pipe by flushing the chips down the toilet in his hotel room.

Christian Lusardi, 43, of Fayetteville, North Carolina, pleaded guilty to trademark counterfeiting and criminal mischief. Under terms of a plea agreement, Lusardi will be sentenced to five years in prison.

Authorities said Lusardi, after suspecting the fake chips had been noticed, flushed them down the toilet in his room at Harrah’s Resort Atlantic City, where he had been staying. But the chips clogged the pipes, and guests on the floor below complained that water was dripping into their rooms.

Lusardi will be required to pay the Borgata Hotel Casino & Spa $463,540 for the revenue it lost when it canceled the 2014 tournament after discovering the fake chips. He also owes Harrah’s Casino Hotel $9,455 for damaging the pipes.

There were 27 people remaining in the Borgata Winter Open Big Stack, No Limit Hold ‘Em event when play was suspended. The $1.5 million in remaining prize money was put on hold before Division of Gaming Enforcement Director David Rebuck issued an order to distribute the money and refund entry fees.

Investigators said he purchased the chips from a Chinese manufacturer online and then put a counterfeit Borgata logo on them. In response to the scam, the Borgata began using more intricate chips with more colors and an authentication element that can be checked under ultraviolet light. 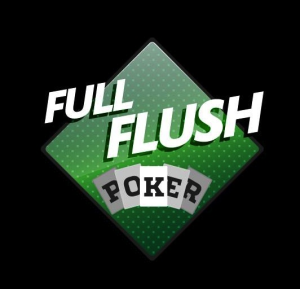 Whatever a player’s poker preference or budget, FFP’s SOPS 2015 has it covered with an exciting calendar of daily events and guaranteed prize money. The Series culminates in a big money $80,000 GTD SOPS Main Event on Sunday, August 2 at 5:00pm ET; it’s an $80 Buy-in, with $16,000 to the eventual winner, and the top 70 places will get paid.

For novelty factor, look no further than the $4 Buy-in SOPS $1.5K GTD Upside Down event on Monday, July 27 at 7pm ET. This one flips the payout schedule on its head once play gets down to the final table.

Also of note is the $2 Buy-in $1.5K GTD Bounty tournament on Wednesday, July 29 at 7pm ET, with three FREE $80K GTD entries up for grabs for those who manage to K.O. the Bounty players.

Plus, a BUBBLE BONUS promotion will run throughout the Series, from SOPS $5K DEEP STACK on July 20th – SOPS $3500 GTD FREEZEOUT on July 30th. Bust on the money bubble during any of these 15 SOPS events, and get credited with a free $8.80 value entry to SOPS 80K SUPER SATELLITE 2 on August 1st at 4:00pm ET. Sure, you might have missed out on the money prizes in the lead up events, but you’ll pick up a second chance shot at earning an ENTRY TO the $80,000 GTD.

Through until August 2nd, 2015, the SOPS action will continue to deliver a tournament series designed for players of all levels, and regardless of bankroll, there’s an invitation waiting. So, come crush the competition at Full Flush Poker.

By Earl Burton – Jul 31st, 2015
Looking to make her breakthrough into the major tournament Winner’s Circle, Loni Harwood will lead the final seven competitors when they reconvene for the World Series of Poker National Championship final table at Harrah’s Cherokee in North Carolina this afternoon. Also at the final table will be a man who, coming off perhaps one of the biggest disappointments of his career, seems to be driven for his seventh WSOP bracelet in Daniel Negreanu.

Http iframes are not shown in https pages in many major browsers. Please read this post for details.
Tweet