The most popular poker game in the world

Texas Hold'em is the most popular of all poker variations. All of the marquee tournaments around the world (WSOP, WPT, EPT, etc.) are played in a variation of this game. When playing the game for the first time, you will be confronted with some of the basic rules which are explained below. For starters, each player is dealt two hole cards in Texas hold'em with the overall goal of making the best five-card hand. Play moves clockwise around the table, starting with action to the left of the dealer button. Generally, the first two players to the immediate left of the button are required to post a small blind and a large blind to initiate the betting. From there, action occurs on multiple streets: preflop, the flop, the turn and the river.

Don't let the simplicity of the game mislead you. The number of possible game situations is so vast that, when playing at a high level, the game can be very complex. Thus the renowned expression: "It takes a moment to learn, but a lifetime to master." 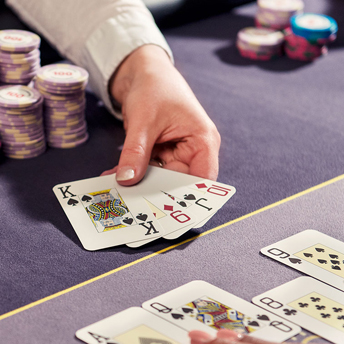 A poker game of action and big swings

The one glaring difference between Omaha poker and Texas hold'em poker is that players receive four hole cards in Omaha rather than two. In order to produce a winning hand, a player must you use two cards from his hand, but can only use two cards. Like Texas hold'em, Omaha is a game of community cards with a flop, turn and river, and the betting rounds play the same.

In Omaha you MUST use two of your Hole Cards, together with three Community Cards. This is a big distinction from Texas Hold'em 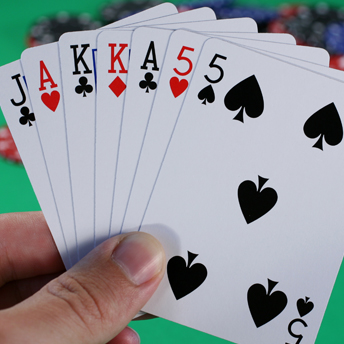 Second only to Texas Hold'em

Before the start of the Texas hold'em poker boom a couple of years ago, seven-card stud was one of the most popular poker variations in the United States. The game can be played with two to eight players, and the biggest difference between seven-card stud and Texas hold'em or Omaha is that seven-card stud does not involved a flop, and in most cases, it doesn't involve community cards at all.

Seven-card stud is a classic poker game, which can take a lifetime to master. In seven-card stud, players are individually dealt seven cards throughout the course of the hand, but only the best five card poker hand possible for each player is used to determine the winner. Hand rankings are the same as in hold 'em. 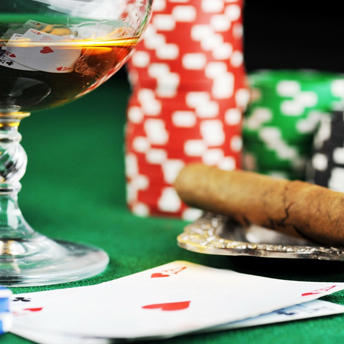 This variation is for more advanced poker players

Deuce to Seven Triple Draw is a 5 card draw low game. Each player is dealt 5 cards and the goal is to make the lowest possible 5 card hand. There are four rounds of betting and three draws in this game.

After each round of betting players choose cards to discard, anywhere from 0 to 5, and the dealer deals them replacement cards. After the third and final draw there is one last round of betting. A dealer button determines the order of betting and discarding. 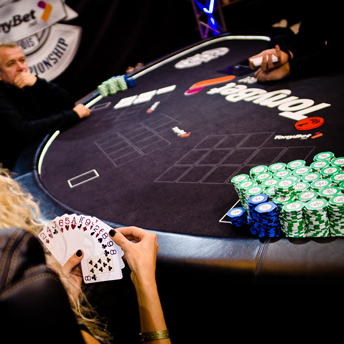 The newest and exciting form of poker

Open-face Chinese poker (OFC) is a turn-based card game, which has become popular in the poker community, especially among high-stakes gamblers, since its invention sometime in 2011.

Like other poker games, OFC players take turns drawing cards from a single deck, trying to make the best possible hand, while their competitors do the same. Unlike other poker games, however, there are no bets placed during the rounds of play. Instead, the players agree to play “per point” and the game is scored in points, similar to card games like hearts or gin rummy.